Following graduation from the University of Minnesota and service in the Air Force, Bill Esping held a variety of marketing and management positions at IBM. He left his job with IBM in 1968 when two Omaha bank presidents asked him to manage a charge-card system called Mid-America Bancard Associations established by a cooperative of banks in several states.

In 1970, Esping and several colleagues asked member banks for permission to launch their own company, First Data Resources (FDR). The company broke even the first year and grew rapidly, becoming the first company to process both Visa (then called BankAmericard) and MasterCard (then called Master Charge) transactions. FDR reached $50 million in annual income and 2,000 employees by 1980, when it was purchased by American Express Co. of New York.

Following the acquisition, Esping worked as a member of the senior management team at American Express. He continued to run First Data as a division of American Express until his departure in 1988. First Data is now a separate publicly traded company and today is the largest credit card processor in the world. First Data Resources is a business unit of First Data Corp. with over 11,000 employees worldwide, including 7,000 in Nebraska. The company has become a major player in the world of electronic commerce, serving more than 1,400 banks and other credit card issuers representing 300 million card accounts worldwide.

EFO Holdings, L.P. (Esping Family Office) was founded in Dallas in 1994, based on the philosophy of Perry E. “Bill” Esping, using the Esping family assets as a platform in building a premiere family-oriented investment firm. 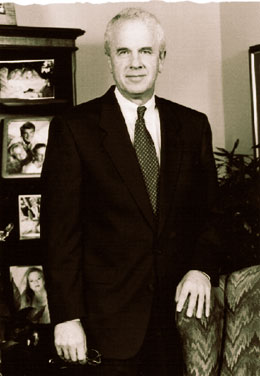